Remote Play isn't perfect. It's missing the L2/R2 buttons, which it compensates with the touch screen, so be aware of that if you're mainly buying the Vita for Remote Play or as an additional PS4 controller to use.-UPDATE: MAY 14th, 2017. During remote play, you can operate the PS4™ system's features using the buttons on your system and the toolbar displayed on the screen. To display the toolbar, press the PS button on your system.

Being a PlayStation 4 aficionado definitely means trying all the coolest features offered by Sony’s PS4 so far. There is no doubt about the fact that PS4 offers one of the best gaming experience to its users. From playing the exclusive games on PS4 to indulging in the world of PlayStation VR to experiencing the best streaming services, PS4 has never disappointed. Interestingly, the new inventions in the field of technology never cease to amaze us. Speaking of, PS4 Remote Play seems like a perfect example in this case. Remote Play is one of the incredible features introduced by PS4 that allows users to play console PS4 games through their PS4 Vita or any other compatible device.

Apart from owning a PS4, if you have PS4 Vita, PS TV, Mac, Windows PC, or a Sony Xperia device (smartphone or tablet) lying around somewhere in the house, believe it or not, you can have access to Remote Play. As the name suggests, this incredible feature – Remote Play – allows you to play your most favorite PS4 games remotely via your Vita, PS TV, laptop, desktop computer, or select Sony Xperia devices. How exciting does it sound!

This feature works really well for the gamers who’d like to remotely play their favorite games on different devices without requiring a TV. They can stay in bed and play PS4 games on their laptop or mobile device for as long as they like.

Apart from the above-mentioned devices, the feature does not work on any other device so far.

Setting Up Remote Play for the First Time

Before we move on to explain the process of using PS4 Remote Play, first we need to know how to set up Remote Play especially if you’re using it for the very first time. For your convenience, we’ve given a step by step guide to setting up Remote Play. Here’s what you need to do:

In the second step, you need to make sure your PS4 has been activated as the primary PS4 on your PlayStation Network. To do so, simply head to Settings > PlayStation Network/Account Management > Activate as Your Primary PS4, and then lastly select Activate.

Last but not the least, if you want to turn on and access PS4 Remote Play even though your PS4 is in the rest mode, you just need to head to the Settings > Power Save Settings > Set Features Available in Rest Mode. Once you get there, you need to make sure the two boxes next to Stay Connected to the Internet and Enable Turning on PS4 from Network have been both marked as a check.

The process of streaming PS4 games using Vita is really simple and straightforward and does not entail many complications. However, it does require some basic setup and configuration steps. For your ease, we have put together this easy guide for gamers who would love to take advantage of Remote Play and stream their favorite PS4 games remotely while using Vita or another compatible device as mentioned above.

Secondly, connect the Vita to the PlayStation Network.

Thirdly, tap the PS4 Link button on your Vita and then wait for the system to search for any PS4 present on the network. In case your PS4 is in the rest mode, it will automatically turn on without you doing anything. You also have a choice to connect your Vita to the PS4 over the internet if the consoles are connected to two separate network connections. However, you will need to sync the both devices in order to carry out the process successfully.

Let’s assume for some reason the PS4 could not be discovered. In such scenario, you can also opt for a second syncing process. Head to the Add Device Screen on your PS4. Here you will be given a code to input your Vita. Remember, this is only a one-time procedure which means that once you’ve added the code, the consoles will sync together, enabling you to be connected to the PS4 at any given time. For this, both the devices need to be connected to the internet

After the process is completed, the consoles will be synced together and you can enjoy your PS4 games remotely using Vita.

The above guide tells you how you can use PS4 Remote Play on your PS Vita. The same process can be followed if you wish to use the Remote Play feature on another compatible device.

Sony’s concept of interconnecting their devices has really impressed us but we still wish if the same functionality could extend to other devices as well. Well, we never know what the brains behind the company are working on. Who knows Sony’s PS4 might come up with more incredible features and also allow the Remote Play feature to work seamlessly on other non-Sony devices. Let’s just wait and watch!

Some PS4 users have reported to us that they need help in fixing Remote Play feature on their console that won’t connect to their PC. In case you did not know, you can actually play your favorite PS4 game on either a smartphone or computer even when you’re not in front of your console. All you have to do is to set up Remote Play on your phone or computer.

If you encounter connection issues or Remote Play errors during setup, or after using it for some time, this article should help.

If you plan on playing away from your PS4, you can make use of its Remote Play feature. Below are the things that you should have to successfully do that: 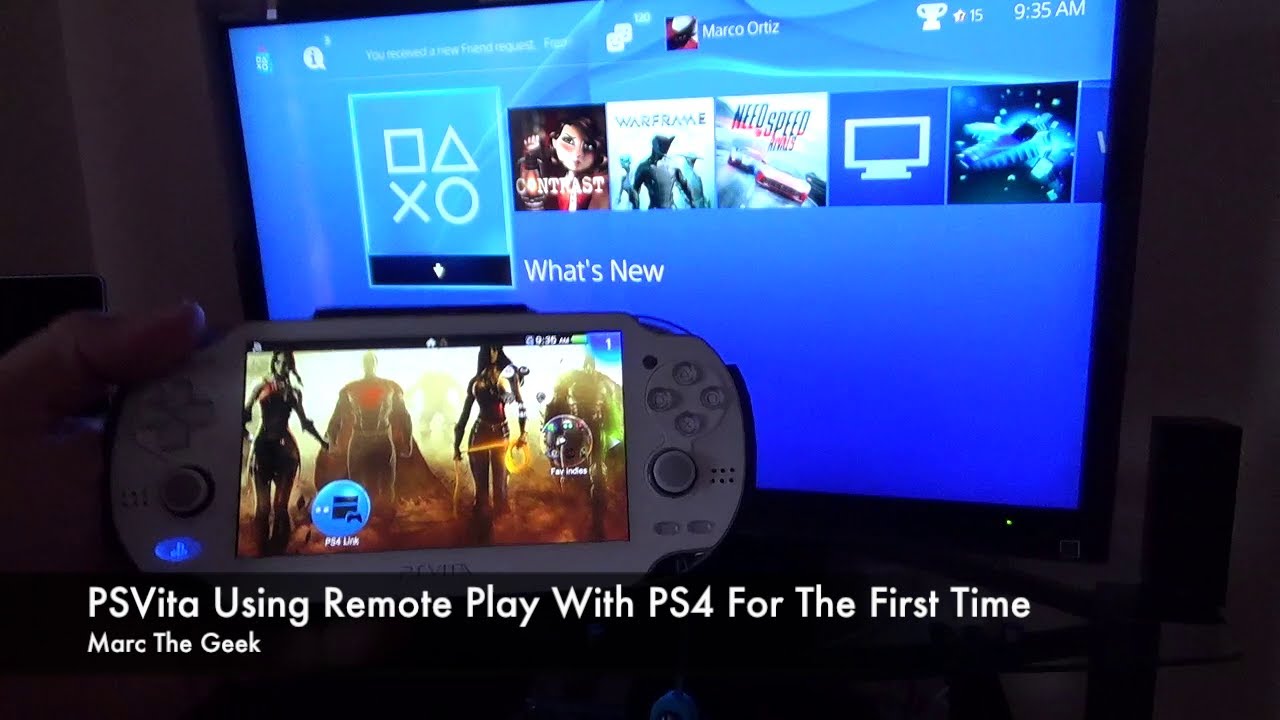 There are several possible reasons why PS4 Remote Play stops or won’t connect. Mostly, the issue is network setup related so it’s important that you make sure to check the status of your own local network ahead of time.

At other times, PS4 Remote Play may encounter connection issues or errors due to problems with the PlayStation Network itself.

For first time users, some may find out that they are unable to use PS4 Remote Play due to their computer’s security software.

Below are some of the common causes for PS4 Remote Play issues.

Internet connection is slow or intermittent.

In order to avoid having latency or lag when using Remote Play, you want to make sure that you have a fast broadband connection. Sony recommends that your PS4 has a minimum of 15Mbps. Anything slower than that can be problematic although I’ve personally been able to use Remote Play normally even though my PS4 speed test result shows that it’s only getting less than 6Mbps of upload speed.

For best results though, try to only use Remote Play when you have a fast enough connection.

Most PS4 games and features that uses online functionality usually won’t work when the console’s software is outdated. Make sure that you manually check for software updates if you encounter Remote Play errors.

NAT type is strict or restrictive. 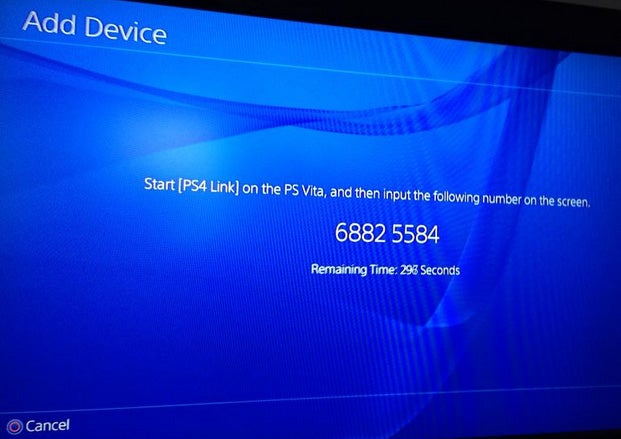 Some users may encounter “A connection to the server could not be established” error due to NAT type issues on the PS4. You should strive to have NAT Type 1(open) on your console although NAT Type 2 (moderate) is also okay. If your PS4 has NAT type 3 (strict), you will not be able to play with others online, talk via voice chat, or run Remote Play on your computer.

Sometimes, electronic devices may develop flukes. Temporary bugs are usually fixed by simply rebooting the device so make sure to restart your PC and PS4.

Issues with your local networking devices can cause Remote Play to cut off or not load. Make sure that your home network is fast enough and does not disconnect frequently. Intermittent connection issues can cause connection time outs, which can make Remote Play virtually unplayable. 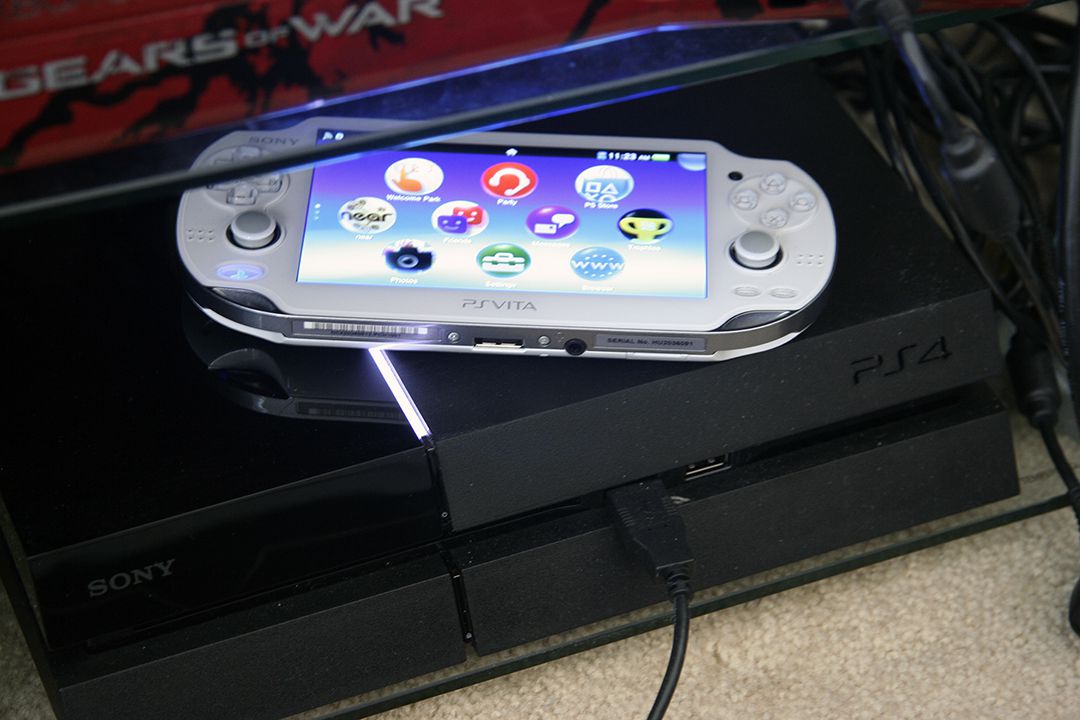 Make sure to turn your security software back on after testing.

PlayStation Network is down.

Remote Play may not work if there’s an issue with its servers. You can check PlayStation Network status if you have trouble connecting with Remote Play.

What to do if PS4 Remote Play won’t connect

If you’re encountering an error with Remote Play, or if the feature suddenly stops working for no apparent reason, the following solutions should help.