For this demonstration, we’ve shortlisted Evernote, Trello and Todoist as the applications we’ll put head to head against Notion. We will simply compare how Notion challenges it, with some wins and losses to consider.

Remember Notion is aiming to be an all-in-one workspace, and the other resources mentioned are specialist resources. Todoist, for example, is a perfect list manager, with Notion replicating some basic features of task management, this is only to compare the snapshot of Notion to these tools to see if they compare.

I was having issues with the import from Evernote to Notion. I’ve tried different things like removing tags, importing only a few notes at a time, removing formatting, removing Czech characters. Microsoft OneNote is the best note-taking app that really popularized the concept, and Microsoft and Evernote are two of the biggest players around. If you’re thinking about signing up for note-taking apps, you might wonder who wins in a battle between OneNote vs Evernote vs Notion on features, pricing and more.

Starting with the elephant in the room.

Let’s start with the oldest, it’s only fair.

Evernote has been the world’s most popular note-taker for 10 years now. With Notion in 2019 aiming to take a chunk out of the Evernote platform. Notion looks the most focused on becoming an Evernote replacement this year. Before we get ahead of ourselves, let’s take a look at what makes this comparison in more detail.

Next up, the one Trello to rule them all!

This project management solution has been a favourite amongst start-ups looking to use the popular Kanban methodology to get things done. With over 10m users worldwide, Trello has build itself as a house hold name, in many cases helping people to decorate their house and even plan major projects from parties to launches.

Here’s where Trello wins and loses: 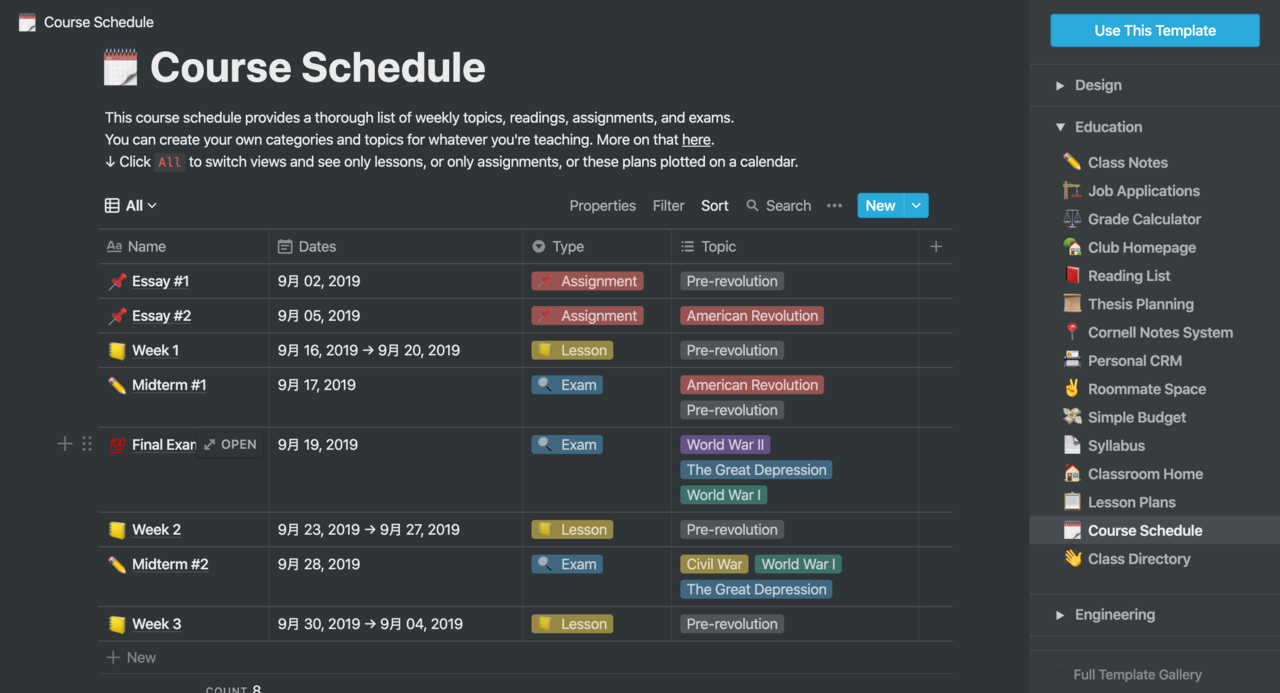 Import From Onenote To Notion

And finally, the king of to-do list apps, Todoist is here!

This is probably the least likely comparison, Notion doesn’t market itself at all as a task management tool, but does have some features that resemble Todoist and potentially will continue to add them.

Let’s explore this comparison to Notion

From looking at all three of these softwares in comparison to Notion, I’d recommend people do their research into what features are the most suitable and whether Notion meets those needs. Whilst Notion can be used as a Trello, Todoist and Evernote replacement, it isn’t going to fulfil all the needs you and with these applications.

From my own opinions, it replaces Trello - due to the board nature and databases - but not fully Evernote and Todoist right now. To fully replace Evernote it does need a little more focus on note-taking, and with Todoist it needs a LOT more.

Let’s see what 2019 brings, let us know if you have any Notion-related questions, take the Beginner’s course and do check out our long list of Notion videos on YouTube too. Our email: francesco (at) keepproductive (dot com).