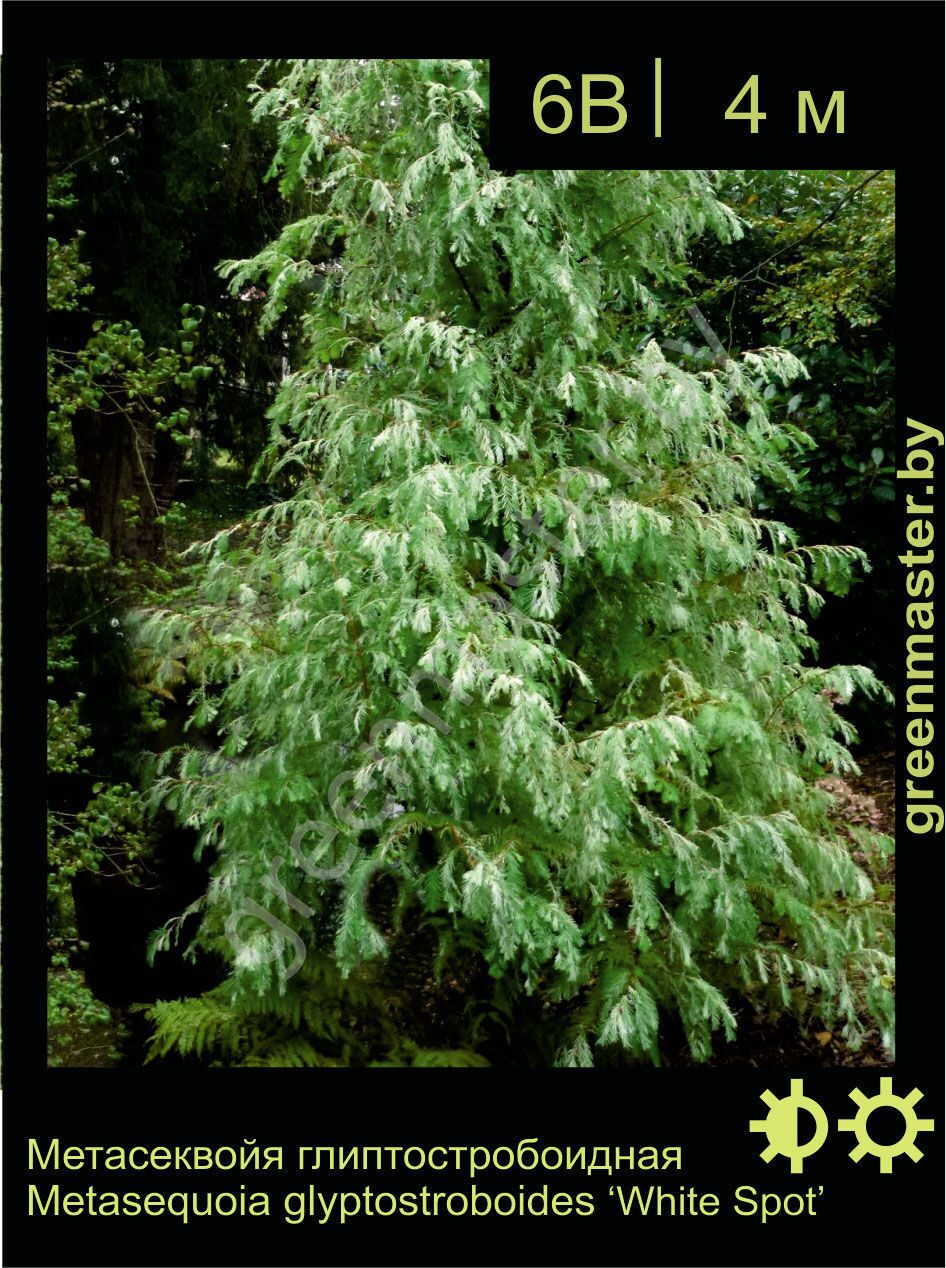 Genus
A genus widely distributed in the northern hemisphere, first discovered in 1945. Metasequoia are large deciduous conifer trees with reddish-brown fibrous bark and soft, pale green linear leaves arranged in two ranks on the shoots, colouring beautifully in autumn. Metasequoia is important in the Cupressaceae family because it links the alternating pair leaf arrangement of the Cypresses and Junipers with the needle-like leaves of the Redwoods. This is a large, fast-growing, deciduous, pyramidal evergreen tree that grows up to 100' tall with attractive, feathery foliage that is easy to transplant. It has spreading branches that droop with age. Pin branchlets are paired, and drop as a unit. This plant prefers moist, deep, well-drained soils that are slightly acidic. It is tolerant of wet soils but intolerant of early frees. This plant has minimal pest and disease problems. It can be utilized as a specimen tree for large areas such as parks, golf courses, large commercial or governmental grounds, and as a 'living fossil'. It is also tolerant of pollution and can be used as a street tree. It needs plenty of room to grow as it can grow to be 25' wide. Dawn Redwood was discovered during a plant expedition into remote China in the 1940s. It was first known from a fossil record, not living extant plants.

Japanese beetles will eat the foliage.